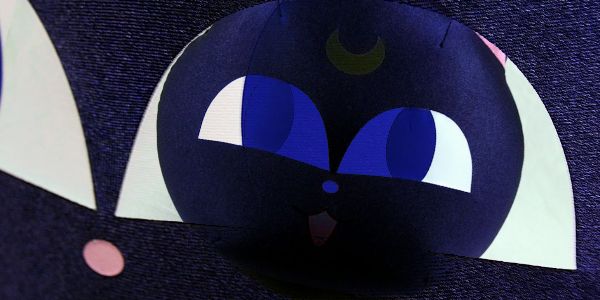 Luna P is one of the first items being released in a series of Sailor Moon items called the “Sailor Sisters Collection”. It really only had one ad released (Below), but marketing went pretty viral because this is the first 1:1 scale Luna P ever officially released. She sold between 2,500 yen and 3,000 yen average on most sites. 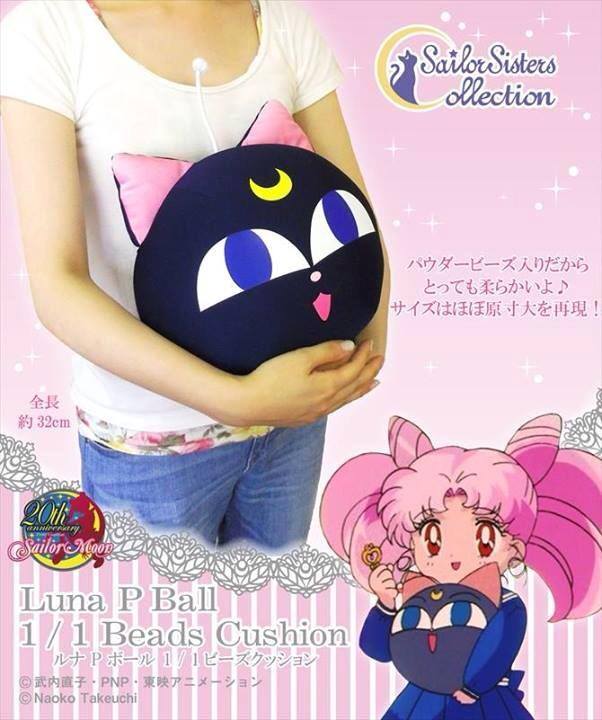 Luna P came in a clear plastic bag with zero markings. She does have a butt tag, and a cardboard tag though. 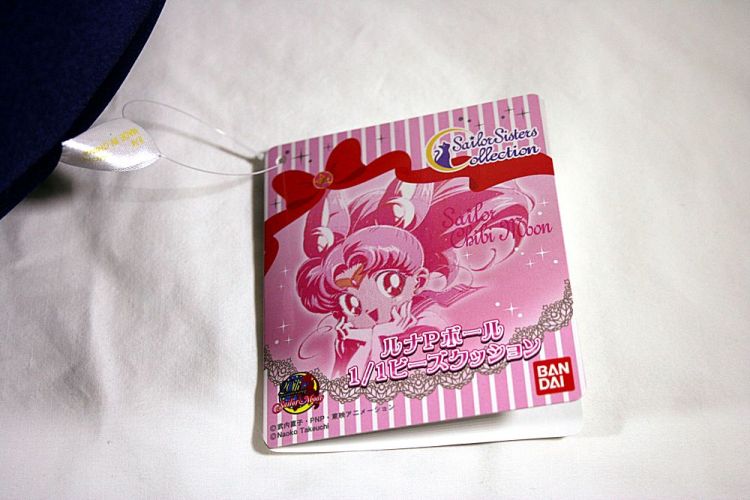 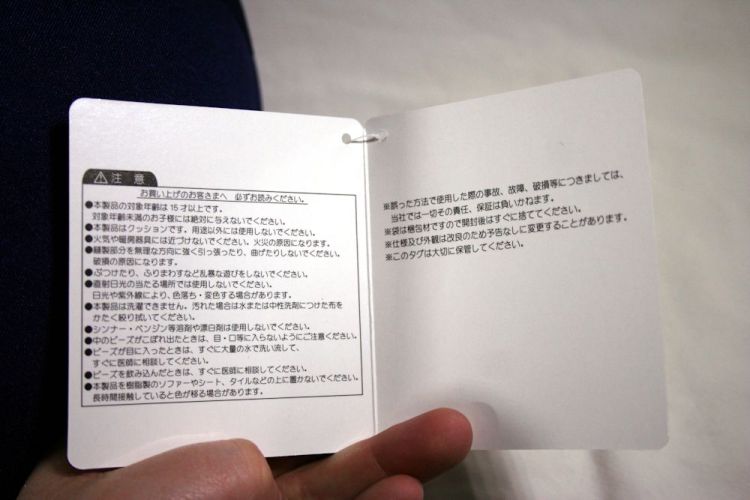 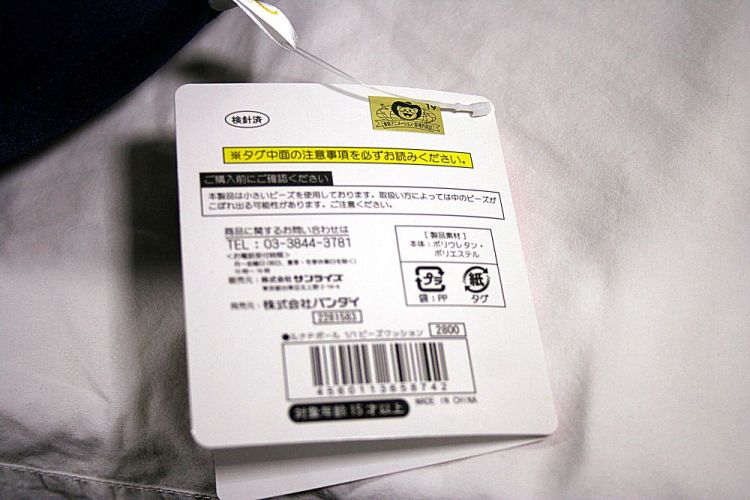 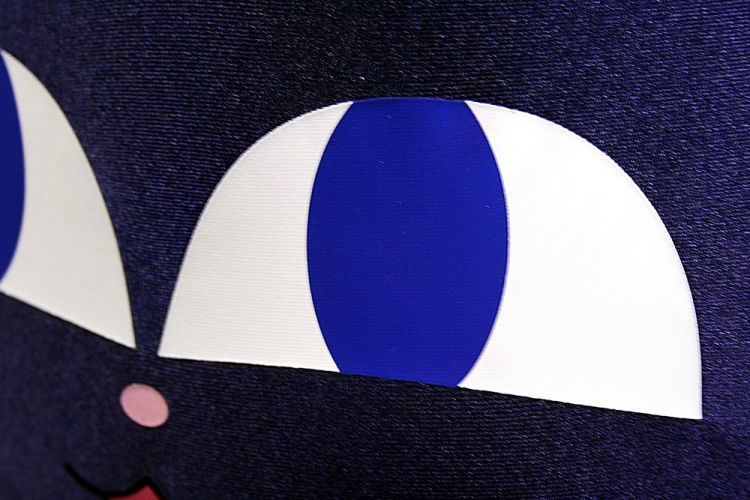 Up until now all of the plushies released for the 20th Anniversary have had embroidered faces. Probably due to the materials used in Luna P, her face is printed on with a vinyl.

The antenna coming out of Luna P’s head is sturdy, but not bendable, and the ears are really well stuffed.

The material is SUPER stretchy and soft, and instead of being stuffed with cotton batting it’s stuffed with beans. That means it’ll keep shape for a LOT longer, and it’s super easy to sit Luna P down and make it sit still. 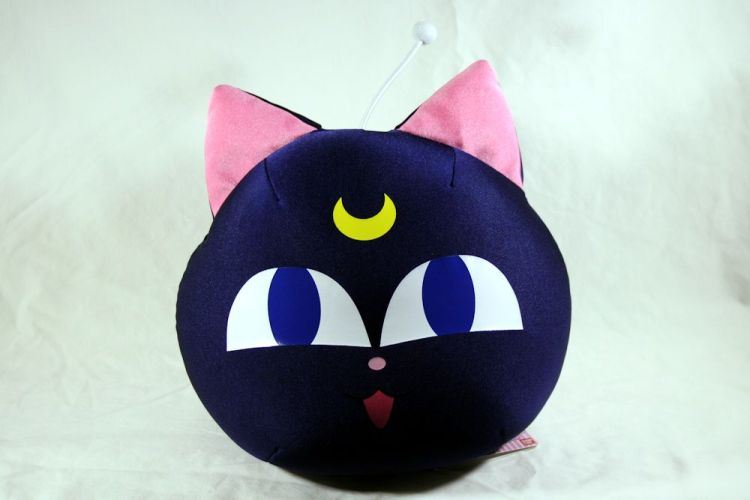 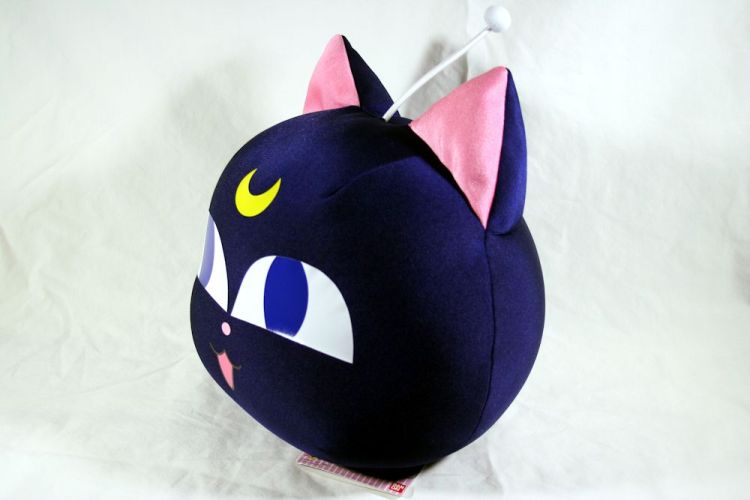 The thing about Luna P is that it’s full of beans. In these shots it’s definitely not round, but it’s pretty easy to make it close, or at least more attractive than shot 2 XD.

I found really fast that Luna P is durable and will hold shape nicely while on display.

Luna P is one of those products that made me hmm and haw over whether I wanted it, and did so probably the most since the new merchandise began releasing for me. That said, I have zero regrets, and once it was in my hands I didn’t even consider whether I wanted to keep it.

Luna P is a WONDERFUL display piece, whether in a display case or on your bed. I have no doubt that as a convention cosplay prop it’ll hold up well, and should be easy to surface clean. It’s a must have for Luna P/Chibi Usa collectors, and the perfect size for cosplayers.

I am a Sailor Moon and anime collector, as well as an artist. View more posts