By Bandai and Ascii Media Works

The manga version of Sailor Moon is incredibly rare in figure form. There are figures that resemble the chibi versions of the characters as drawn by Naoko, but they’re still primarily based on the anime. This Sailor Moon, as made by Ascii Media Works and released under the Figure Maniacs magazine, is the only Sailor Moon figure directly based on manga art down to the style she is sculpted in. She stands approximately 5″ tall, which is just slightly taller than the average standing Sailor Moon gashapon, but she fits in a display just fine with them without looking out of place.

Is she worth $100 more than retail price? Lets find out! 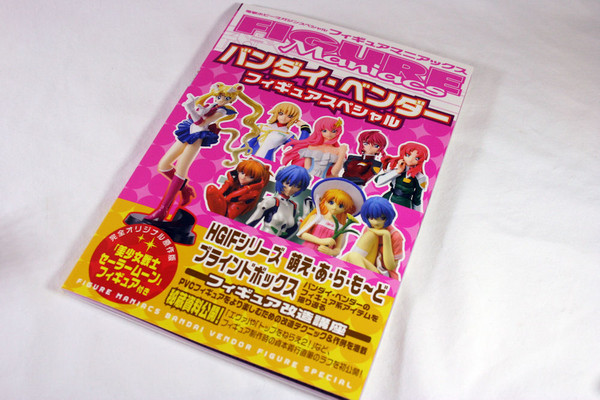 The pictures above (click to view larger) show the small book that the figure comes with. It covers various series including all of the Sailor Moon gashapon, and various other series of Sailor Moon figures advertised throughout.

The box has virtually the same cover as the book, and is very strong. It’s made out of a thick cardboard, and I honestly wouldn’t even be worried about the figure being shipped in that alone.

Packaging is sturdy and beautiful. It’s just as nice to display the box with the figure as it is alone, although normally mine displays alone, while the box sits on a shelf. 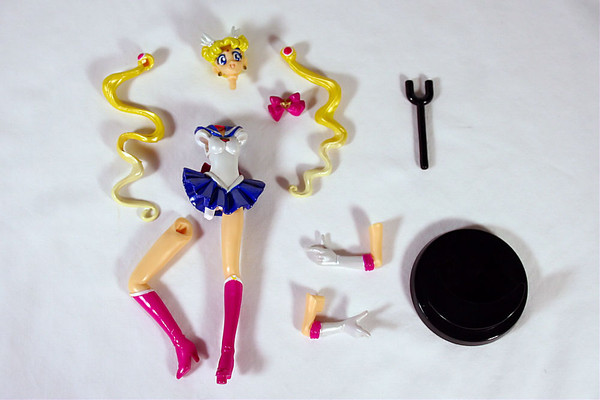 There are no fit issues with this figure. Everything holds together nicely, although you may have to adjust her on her base once every few months. While there are no leaning or warping issues in the plastic she may pull forward slowly over time.

If they were to pick any pose for manga Sailor Moon to stand in this HAD to be it. It’s iconic to both the anime and the manga, but the leg positions are almost manga specific, and recognizable for fans.

The sculpt is great. Besides a few hardly noticeable seam lines around her neck and legs the only real issue with the sculpt is the massive size of her hands. While it’s not particularly noticeable on display, once it’s pointed out or noticed it’s hard to stop seeing it (I’m so sorry). Don’t let it detract from the figure though. Her hands are still well sculpted, and the rest of her is still drop dead beautiful for her tiny size. 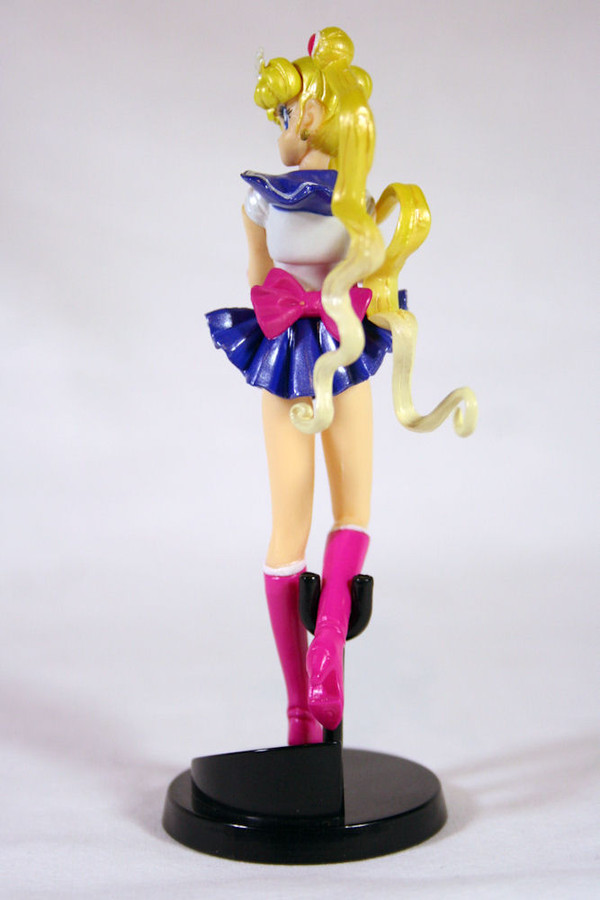 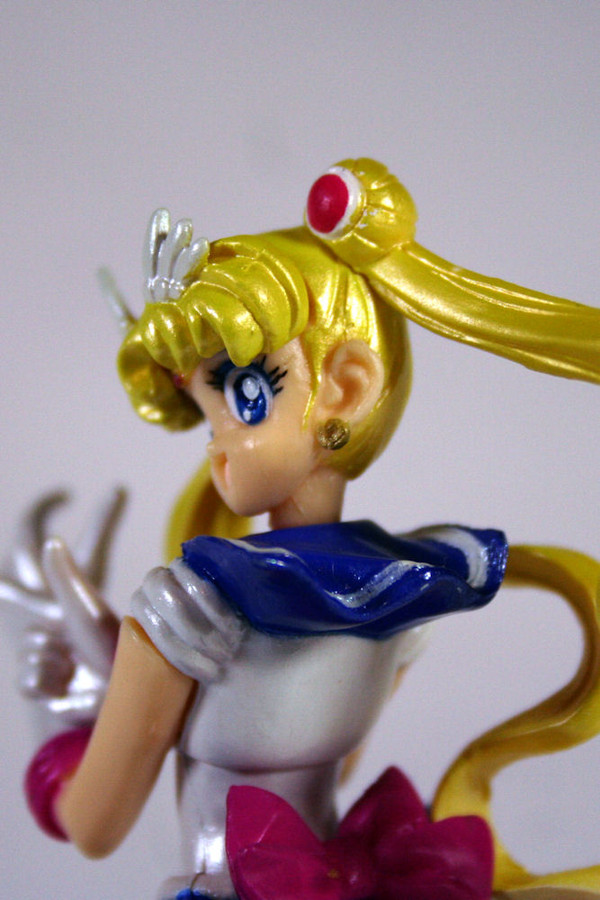 A minor paint flaw at a seam line in her boot.

Some small flaws on her skirt at the waist trim.

A beautiful paint job on her face. It really gives her character. 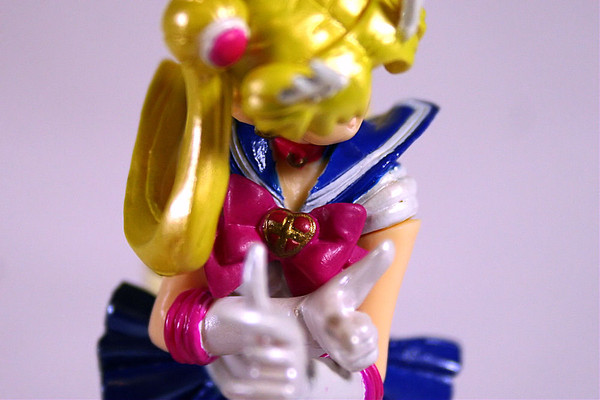 Her collar could have been cleaner, but it’s not terribly noticeable.

Beautiful paint transitions in her hair from blonde to white. 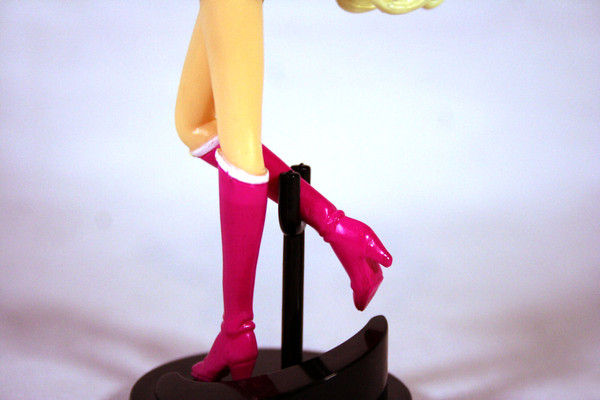 The base is fine in general. It’s basic and cute, but the leg support DOES leave some dents in the plastic. Thankfully it hasn’t removed any paint. These marks are NOT noticeable to the regular viewer. You have to remove her from the base and view her in good light to see the ones on mine. I do recommend avoiding adjustments as much as possible if you can.

There are no bootlegs for this figure as of October 2013! Please contact me if you think you’ve identified a bootleg.

Personally this figure was a benchmark in my collection. She was a grail piece despite her common status 2 years ago mostly because of the price tag. As a collector now I am 100% happy with my purchase and I’d attempt to purchase her again if she were to go missing.